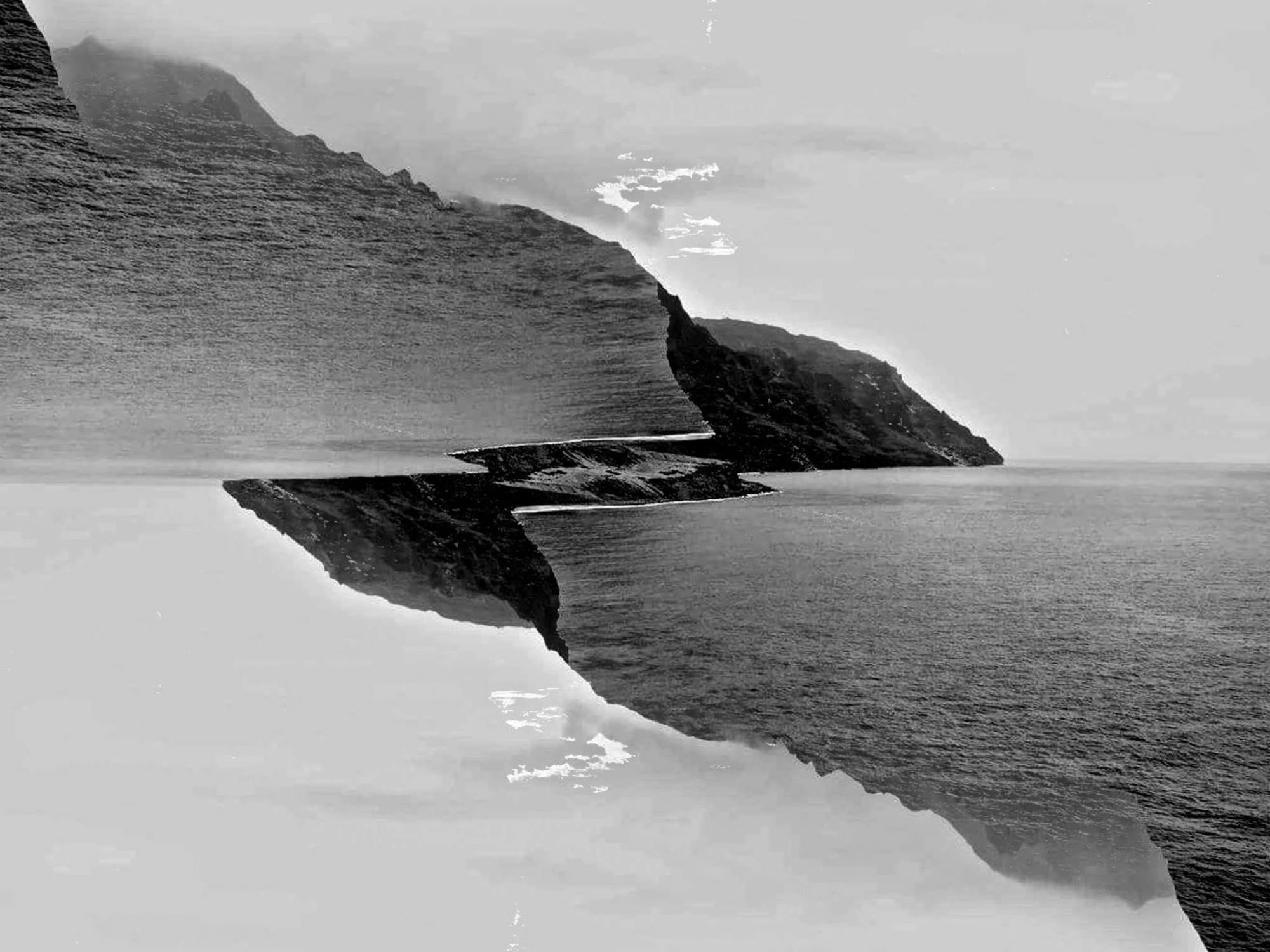 Close your eyes, put your earphones in, and press play. It’s a sound that immediately sucks you in and is simply impossible to ignore. The EP, “The Margins,” is brought to you by local up-and-coming rock band, Third-Space (don’t forget the hyphen) and their debut is bound to take a hold of your undivided attention. “The Margins” contains five songs each with a different story and sense of unembellished emotion.

You might remember the band from another article featured on the blog a little over a year ago. At the time, Third-Space band members Matt Ito, Chase Perry, and Rylen Nakama, were just beginning to personalize their sound and were slowly making their presence known in the local scene. Today, after months of preparation and developing their pure passion for music, the group has publicized a playlist full of thought provoking lyrics and intense instrumentals.

At the forefront of their songwriting journey, Matt Ito, frontman and lead guitarist, delved into the personal aspect of his writing and how the band’s sound is really a reflection of his own experiences and that of those who surround him.

Each song on the EP was inspired by a different moment in time, place, and feeling that each band member had experienced.

“We wrote ‘Dangerous’ in a tiny practice room at the University of Washington,” Ito reveals. “Rylen and I wrote the bulk of ‘Forever You’ in my bedroom sipping on a few too many beers and re-visiting a few too many bad breakups.”

“Dangerous” is definitely an attention grabbing song. It takes you by surprise, shocks you with a jolt of energy, and suddenly you’re entranced by these powerful vocals and the raw, musical presence each musician in the group possesses.

“Please (Tell Me What’s Going On)” describes a lot of relationships in this day and age. It’s an immense amount of confusion and a sort of push and pull that leaves some individuals completely rattled in the world of romance. Interestingly, it is one of the songs that has continuously been getting stuck in my head the past few days – I blame it on the insanely catchy chorus.

“The Divorce” and “Forever You” both depict more vulnerable and complex encounters. “The Divorce” is definitely more stripped down and intimate in a sense that the story behind the song doesn’t mull over or sugar coat any details. It’s completely honest and for that it feels heartbreakingly real. “Forever You,” on the other hand, exudes vibes from the band The 1975. It tells the tale of someone who can’t help loving another who no longer feels the same way – an all too familiar scenario for many individuals.

Last but not least, the track that gives the playlist its name, “The Margins.” The lyrics and tones of this song combine in a jumbled array of intricate thoughts and rhythms, which perfectly depicts the sound that embodies Third-Space as a whole. Each lyric forces you to ponder its meaning. The line, “You’re not alone, your soul is trapped in the undertone,” is one of the many examples of concepts portrayed throughout the song that I feel a lot of listeners will be able to resonate with.

In terms of the cover art, other than the fact that it was aesthetically pleasing, the group chose it for the underlying message it depicts.

“We just wanted something eye-catching and representative of the fluidity between chaos and order that is music – and living for that matter,” Ito explains.

With their debut checked off their to-do-list, the band describes how they’ve been slowly mixing in a little more of an alternative rock sound to their music and how two new tracks, “Carry The World” and “Anymore,” are currently in the making.

The band’s biggest message, to anyone who may be listening, is to go out and support the local scene, no matter the type of art. They credit all of the amazing experiences they’ve been blessed with to the people who have come out and listened along the way.

“We hope to make a lot more friends as the journey continues… I’ve been so blessed to meet many great people through music and at the end of the day, it’s all about bringing people together,” Ito states.

With the continued encouragement of their fans, Third-Space will be playing the Sailor Jerry Festival in Chinatown on June 17th and that a bunch of shows for the summer are definitely in the works.

In a world full of every tempo and sound imaginable, it can be a true test to find an original space in a room where everything tends to look and sound the same. But for this band, it looks as if they won’t be getting muddled in the background anytime soon. No, this trio is here to stay and they’re ready to be heard.
If you want to take a closer look, check out their Instagram, Facebook or Spotify playlist.